i was lost but not anymore

i'm choosing to forget most of the staid beigeness of no growth or inspiration that was last year, and (very) hesitantly but heartily welcome the new one. i'm all about the shiny newness... after the sheer laziness and thoughtlessness my sartorial choices had fallen victim to, i have to be!!

most of these words aren't really going to make much sense without a bit of context. in short, i job-jumped a bit for the latter half of last year, already being about 112% done with 2013. i was numb and had resigned to a kind of gloom i had not known before. i'm really more angry at myself for not even allowing this, my safe space, to not be safe anymore.

and so, i rang in the new year on a mellow note and really just threw myself back into my japanese lessons full force. i regained my resolve to be fucking good and get back on track to chase the dream of working in tokyo.

right now as i'm getting all this out, i've regained all sorts of life. mostly thanks to the unwavering support of my dear creative soulmate who came all the way from new york to visit me in my third-world hell hole, and another bestie (also from uni) who i just met up with today... in tokyo.

familiar sights, sounds, people, and that distinct euphoria that unfurls in my ribcage assures me of the realness of this moment. i feel like i've been fixed even though i didn't know that i was broken to begin with. i'm sure some of it has to do with my obsessive love for this place that lends itself to my weighty bias, but i really don't care. i feel how i feel. i don't know how the rest of this year will go, but i'm more determined than ever to not fall into the abyss as i did last year. fuck that; it's tiring and incredibly unproductive (the worst feeling imaginable).

my sight is clear again and all roads lead to tokyo. 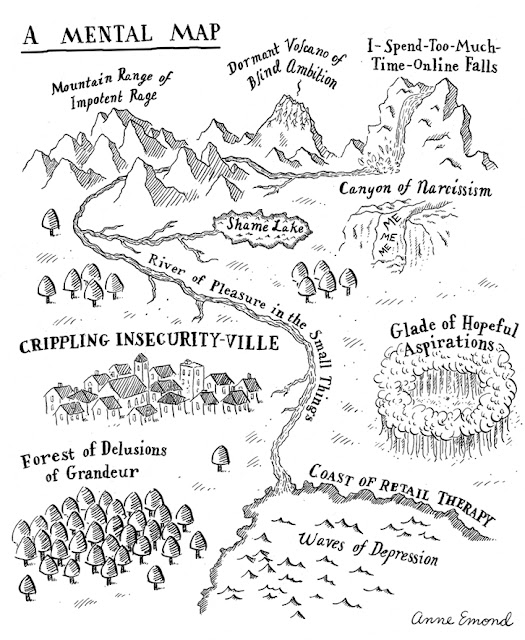 in times of chaos, a need for some semblance of order emerges.

in times of personal anxiety and uncertainty, a similar effect takes place in terms of sartorial choices.

recently, i've taken to dressing in ways that allude to a more uniform state of being in response to the utter helplessness i feel like my life has been spiraling into for pretty much the entirety of this year so far. other than drawing and writing obsessively into the early, delirious hours of the morning, personal styling is a bit of a coping mechanism.

if i can't control where my life is going, at least i can control what the hell it is i put on my body and how i choose to put myself together. it's a fragile illusion of safety to be sure, but it helps at least a little bit... other than putting on some empowering music on really ear-thrumming volume, anyways. 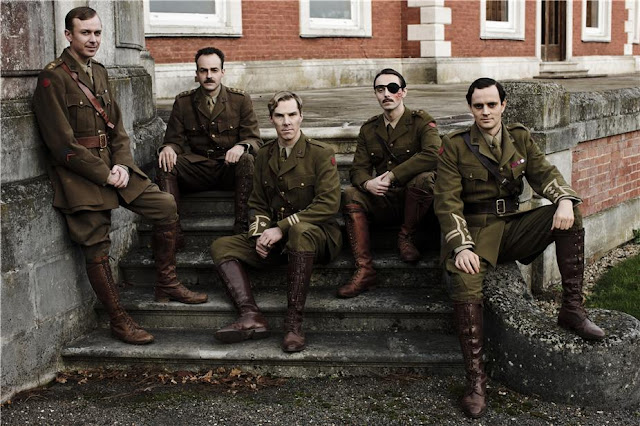 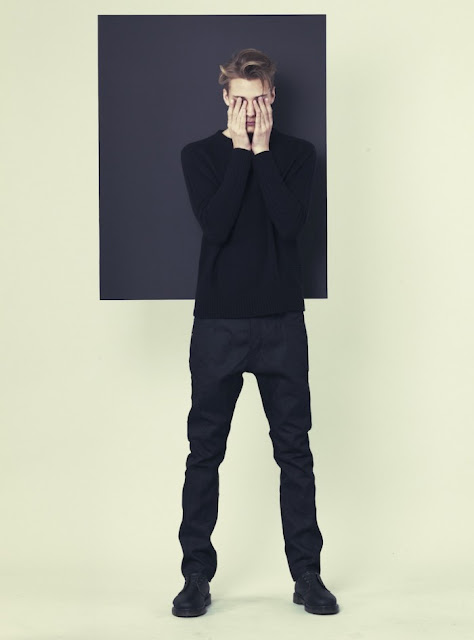 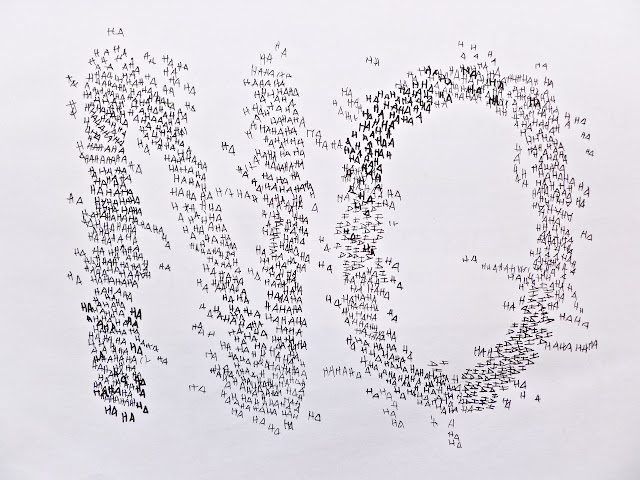 which apparently results in this 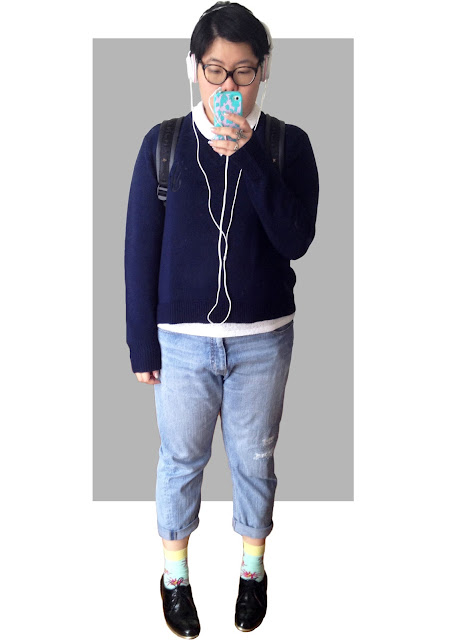 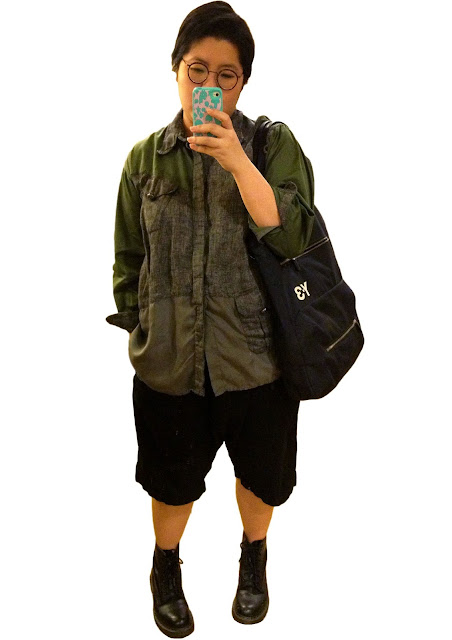 tell 'em that it's human nature


i'm not really into music but... i'm a huge Michael Jackson fan.

this song is my first real musical love, and i think it laid down a solid foundation for what it is that i look for in an artist now - creative conviction and generosity.

not just in music, but in any field that serves as an influence on how i continue to build my own creative identity. 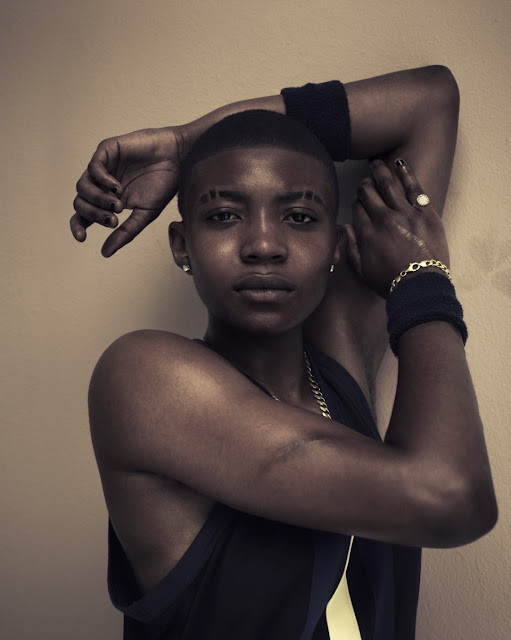 Beau in "Studs" by Nick Knight at SHOWStudio

i love the visual aspect of music makers. a lot.

i like most when i can immediately equate an aesthetic sensibility with their music.

on that note, the night before last, i watched these:

"The Next Day", David Bowie

it should be noted, i guess, that it isn't my first time watching these music videos, but watching them both one after the other served as an inspirational forefront for this look.

i'm really fascinated with the use and interpretation of darker, sinister elements in any creative endeavour. Bowie and Kyary could not be more opposite as artists, but there is something to be said and applauded (i think) about their love for theatrics.

walking between the cute, the shocking, the macabre and the sardonic was what i was trying to get at with this look, i guess. maybe i'm just overanalyzing and just wanted to put a more girlish look together but using items that employ more "grown-up" darker elements to them?

(honestly though i think i'm still riding the cotton-candy flavoured high of Kyary's live concert i went to go see a while ago in Singapore, combined with listening to David Bowie's latest album on repeat right after. i just love them both so much!! in different ways but equally ardently...!) 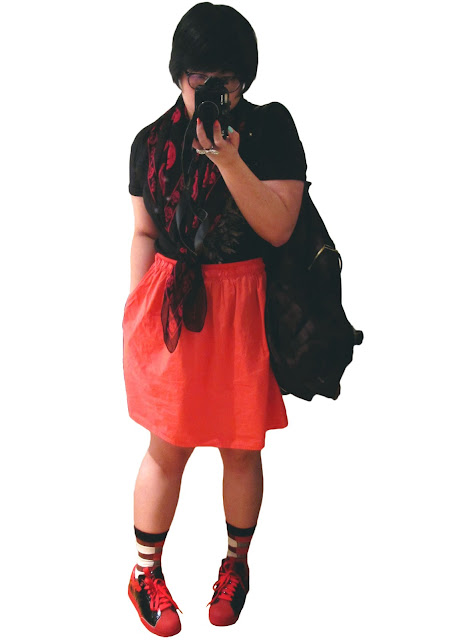 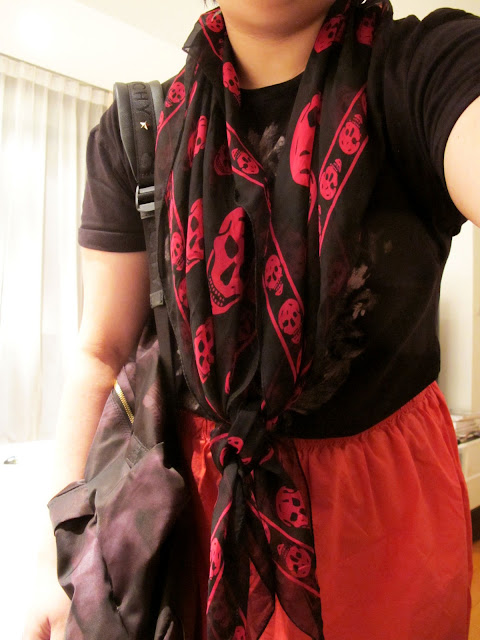 this skull-print scarf is wholly overexposed as an item, i know. but it serves its purpose rather well, doesn't it? 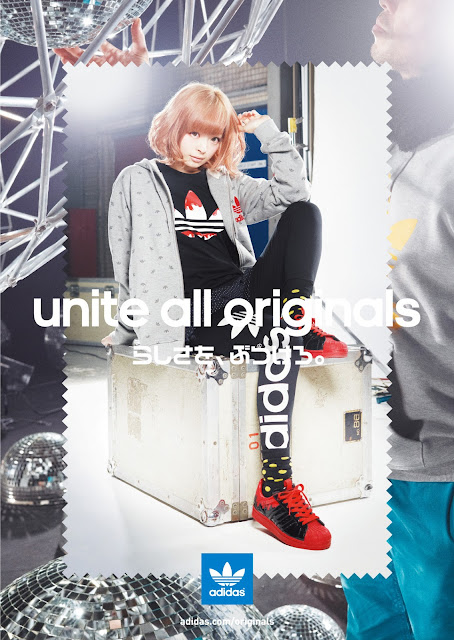 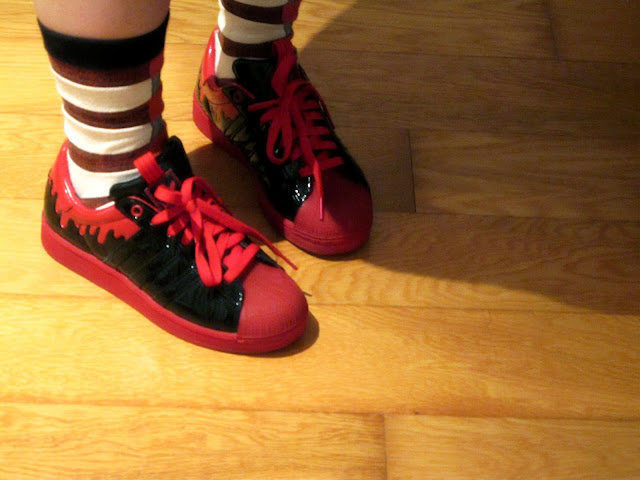 these collaboration sneakers were sold out in Tokyo when i was there, but i happily came across them while i was in Singapore! they remind me of the gleefully gory Gloomy bear!! 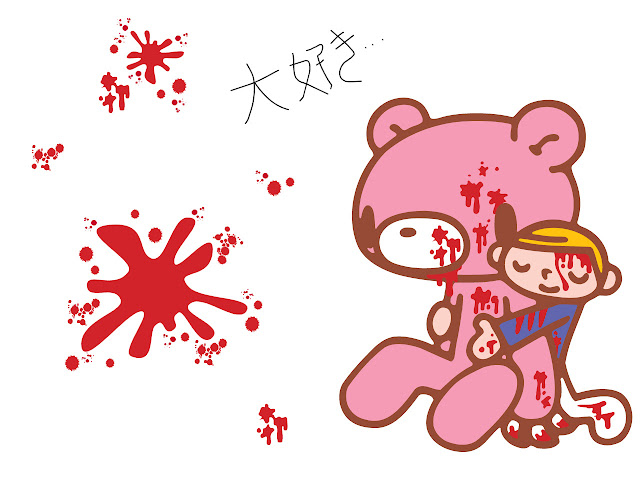 kind of speaks for itself, doesn't it?

maybe my mind is in a dark place right now
but simultaneously i can feel the constant urge to laugh to keep from crying; that sort of feeling.

i don't know. maybe i just like an overstimulated brain.

(unnecessary sidenote: blogging is hard, major kudos to those who do it persistently and a hell of a lot more consistently than i do)

individuality is an illusion 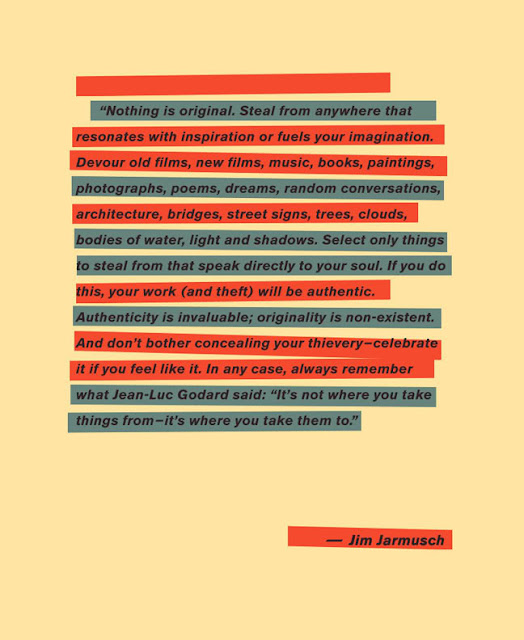 i've recently read several pieces in which Nicolas Ghesquiere reveals his reasons for leaving Balenciaga, Rei Kawakubo expressing (very frankly) the problems of corporate control in fashion and a statement from Riccardo Tisci saying something similar. as a still-aspiring creator, i have been feeling immensely discouraged and "angry at the system", so to speak. mediocrity is thriving and it just seems like with each passing day, passion and truth in any form (at least within the fashion scope) dies a slow, painful death.

this leads me to some angry, extremely discontented thoughts on the latest Met exhibition - PUNK: Chaos to Couture. 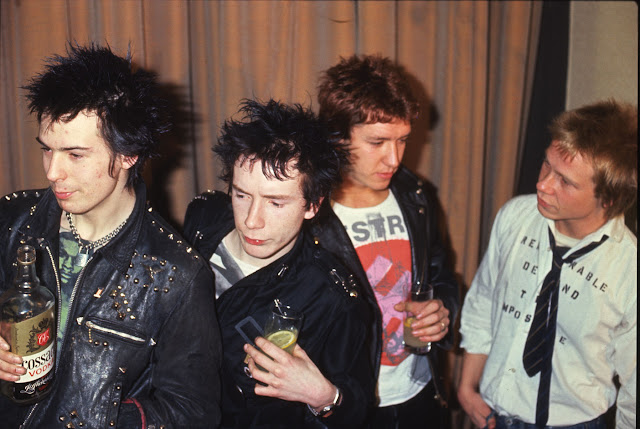 ANARCHY IN THE UK: The Sex Pistols

i don't consider myself a punk by a long shot - i'm not nearly as brave or as angry or raw (although i rather wish i was).

but the thing about something as incredibly pure as Punk is its raw honesty in expression. it was a brief, bright cultural flash of youth and rage and rebellion that has become to heart-wrenchingly romanticized in a nostalgic haze. having said that, that is exactly what makes it so inspirational to begin with. so while appropriation runs rampant in fashion especially and will not stop anytime soon, this exhibition is shaping up to be far too sterilized, monetized and a shamelessly decadent bastardization of the movement.

i feel like this exhibition has stolen and censored everything that was beautiful and honest about Punk.

what was even more disheartening was when there was confirmation of such things. the curator himself, a self-professed prep (and looks it, too), proudly states something akin to "we are interested in punk as an aesthetic, not an ethic."

i wanted to hurl.

Punk died a whole new death as those words were uttered.

reading about these criticisms were about the same time election results in malaysia were announced and needless to say, what a black day indeed. i broke out a lot of the black that lived in my cupboard.

in spite of all the doom and gloom of anything with a soul dying and the false idols who replace them leaving an awful taste in my mouth, i have to believe that there will be a moment of rebirth, or at least that there would be at least a few who would carry on being true.

the perfect examples would be the people who supply most of the black and "punk" things in my cupboard.

long live the last of the true fashion punks!! 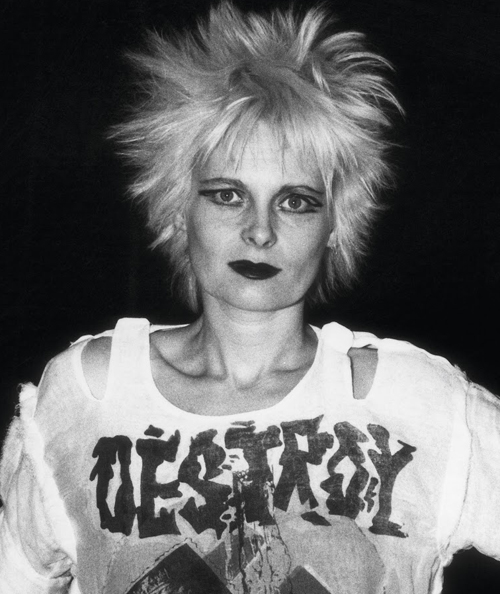 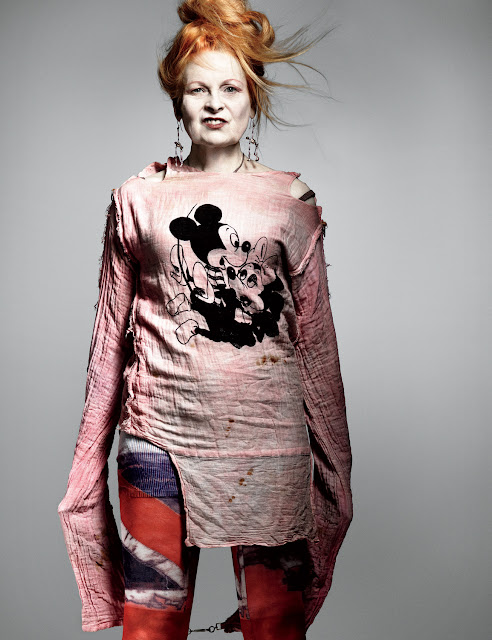 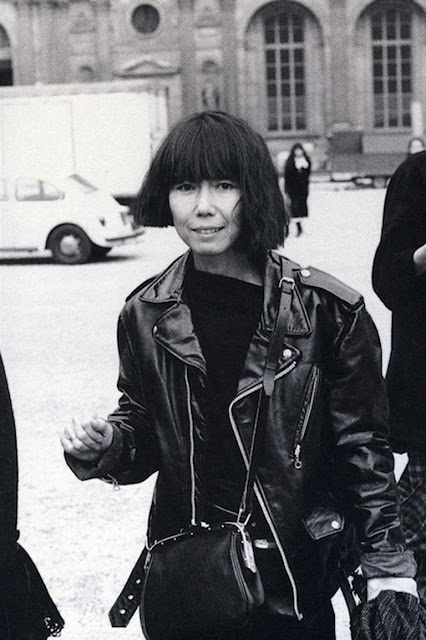 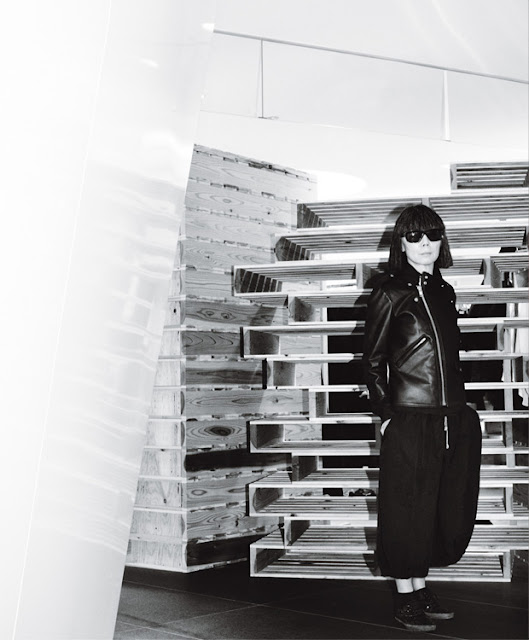 "The spirit of punk lies in not ingratiating oneself to to preordained values nor accepting standard authority." ~川久保 玲

when i choose to wear their brainchildren, i like to think i can at least feel and hopefully exude a bit of the rebellious spirit they try to keep alive.